Why We Must Fight 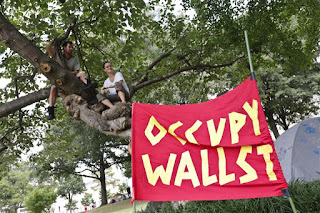 Even doing so much as glancing at the occasional headline or ticker feed can make one feel as if the world is going to hell in a handbasket. From the economic crisis in Europe to the bombings in Boston, to the continuing news about the false economic recovery, the world can seem like a dangerous and terrifying place, yet we must realize that the people and forces behind these problems and realize that solutions are in fact possible.

Children are starving in Greece due to the fact that Greece’s economy “is in free fall, having shrunk by 20 percent in the past five years” and in the United States, the amount of suburban poverty is increasing, with neither situation seeming to change anytime soon. The entire global economy looks like it may come apart at the seams. Governments from the US to China are engaging in a massive currency war which is backed by the G20 and will hurt the average person.

The governments of the world are hiding the economic downturns by fiddling with the indicators, such as the levels of unemployment and inflation. Generally, “the way these numbers are calculated sometimes doesn’t reflect the true economic landscape at all,” however this is unsurprising when we realize that the market has been manipulated time and again.

Due to these economic problems, one would think that many nations would be busy attempting to fix their wrecked economies, yet Western nations such as France have found the time to fund and arm radical Islamists in an attempt to overthrow Assad, the Chinese government is making “increased military spending a top priority,” and  the threat of regional wars from Israel-Iran to North and South Korea.

The corruption of governments around the world and how they do not care for their people has been shown time and time again. The fact that the Greek government is allowing for austerity to occur even if it means children starve is a crime in and of itself. What is occurring is the bastardization of the so-called First World countries by their own governments and in the case of Europe, the IMF and World Bank are helping in cannibalizing Europe, allowing for poor euro countries such as Greece to essentially become a corporate colony for the major EU countries like Germany. What has happened to the so-called Third World countries is now happening to the ‘First World,’ where “areas of education and health care as well as other public enterprises are dismantled, privatized and sold off to mega corporations and banks for pennies on the dollar,” resulting in a type of neo-feudalism where corporations are in control of our entire society, from the government to the very food that you eat.

While the situation may seem dismal and it seems as if all hope is gone, we must fight. People have been fighting all over the globe, from anti-austerity protests in Europe to the number of protests planned for this month across the US to labor strikes and social protests being on the rise in Egypt.

These protests are a sign that people are realizing that the power to change their reality doesn’t like in the halls of government nor in the offices of a corporate office, the power is- and always has- been inside of them. If we are to stop this madness, we must fight and not just for our own sake, but for the sake of those who have yet to be born.
Posted by Devon DB at 12:35 PM