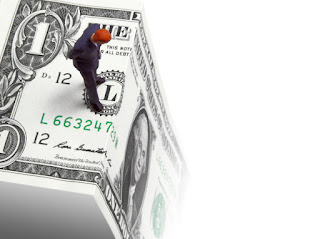 Embracing the Pain or: How I Learned to Stop Caring and Love the Fiscal Cliff

It was reported recently that Senator Harry Reid thinks that the fiscal cliff is coming, saying that Republicans would be to blame “if we go over the cliff, and it looks like that’s where we’re headed.”[1] The media has been talking up the fiscal cliff and making it seem as if were going to be the end of the world, however, we should have actively been expecting this, seeing as how last year the super committee didn’t come to a deal[2] and thus effectively resigned the nation to this fiscal cliff. Yet, there could be a silver lining to all of this.

Before getting into what the benefits of going off this ‘cliff’ could be, it must first be stated that the fact of the matter is that the fiscal cliff itself is not a cliff; rather it is a mixture of tax increases and spending cuts that will automatically go into effect on January 1st of the new year. The cliff gets rid of some of the tax breaks for the rich and for corporations while also instituting “a 7.6 to 9.6 percent across the board cut in all discretionary spending, except programs for low-income Americans,” with the cuts being “evenly divided between defense and nondefense programs.”[3] While this would definitely hurt the agencies, we need that hurt as it is defense that needs to be cut the most as it has been doubling since 2001.[4]

The fact of the matter is that the US government has tried again and again to get the debt and deficit under control, but each time they have spectacularly failed, with the most recent failing in memory being the debt ceiling debacle in which the US credit rating was downgraded. So it seems that this is the only way for the country to get its act together. Going over the so-called fiscal cliff would force Washington to actually do something about its fiscal policies.

Yet the real silver lining to this lies in the American people. After having been pulled hook, line, and sinker for several years by politicians saying that they care about the American people and the country, only to then turn around and do what is best for their re-election chances and corporate donors, the American people will hopefully come to the realization that the political class does not care about them. Republicans don’t care about the people and neither do Democrats. If this occurs, the people will reject both major parties and involve themselves in “the creation of an independent political movement –to create the transformations needed in the United States.”[5]

That is where our hopes must lie during this time of crisis. Not in politicians hashing out deals that don’t address the actual problems we as a nation are facing. We must place our hope in the American people.

Email ThisBlogThis!Share to TwitterShare to FacebookShare to Pinterest
Labels: Economics