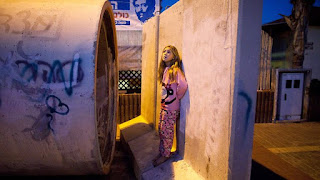 I would like to talk about the current conflict that is going on between Israel and militant Palestinian groups in the Gaza Strip. We need to end the mindless chanting and fights on social media and realize that neither group is a monolith, that there are innocent people who are being killed.

I don’t support one side or the other, instead I think that we need to take a step back and examine the situation in terms of who benefits from the continued violence and struggle in Gaza. The fact of the matter is that the strategy of Hamas and other militant groups in Gaza, such as Islamic Jihad, launching rockets into Israel has not succeeded, nor has Israel's strategy of halting the violence by engaging in bombings and invasions in Gaza, yet neither has changed strategy at all. Thus, the reality of the situation is that the current strategy on both respective sides is producing the results that each side wants.

I see that the radical Islamist groups benefit as this violence will only create a deeper hatred of Israel for many Gazans and for those who have had family members killed they may very well join Hamas or such other groups as to seek revenge. The right-wing Netanyahu government benefits as it makes them look strong on defense and they can say that only Netanyahu is the one who can fully protect Israel. In both cases we see a situation where both groups exist, survive, and thrive off of the violence that is going on and continuing destruction to the detriment of Palestinians and Israelis.

There are those who argue that Israel is the victim and the Gazans are the aggressors or vice versa, however, I must ask: Why are we arguing such trivial things when 11-month old children [1] and innocent people [2] are being killed? Who one labels the aggressor or the victim does not change the fact that the real victims in this tragedy are the people of Israel and Gaza who have done nothing to deserve the terror that they find themselves under.

At the heart of the matter, the conflict is not between the Israeli people and Gazans, but rather it is between a small minority on both sides that has its interests in taking advantage of situations of fear and desperation to shore up support for themselves. Like in many conflicts over history, the problems, violence, and destruction are caused not by problems between the people, but problems between the governments or ruling bodies.

The true victims of the situation are the Israelis, especially those living near Gaza, who are terrified by the rocket fire and the civilian Palestinians in Gaza who are not doing any of the fighting; the group that I worry most for are the Israeli and Palestinian children. The ignorance and selfishness of their respective governments are causing a rift between them and thus the search for peace between the two peoples will continue.