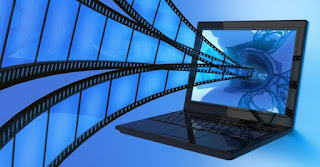 It has recently been reported that the US government is currently attempting to create a “shadow” internet for political dissidents in certain countries as to aid in the spreading of democracy. While this may seem admirable, as usual with America, its actions always have a true, hidden agenda. In the case of creating a “shadow” internet, the true aim is to aid political dissidents in countries that don’t follow US orders.
America is working to establish this “shadow” internet and cell phones “to help dissidents undermine authoritarian governments.” [1] However, what is truly going on is that the US is targeting nations that don’t obey it, as can be seen by how the US State Department has been “financing [the] creation of stealth wireless networks to enable activists to communicate beyond the reach of governments in countries like Iran, Syria and Libya.”  (emphasis added) [2] What do the three nations just mentioned all have in common? Their leadership does not subjugate itself to America and general Western interests.

America has even gone so far as to create a suitcase containing “a laptop, a small wireless antenna, flash discs, and CDs” which can be used to “set up a shadow Internet anywhere.” [3] However, even this suit case isn’t even needed as the software can be downloaded for free and due to this, it is extremely versatile and could be on anything from a laptop to a flash drive to an iPhone. [4]
The US government has seen the rise of the internet and the important role it played in revolutions in Egypt and Tunisia and the current uprising in Syria, Bahrain, and other areas of the Middle East, as well as how the internet can be used not only to counter governments, but also US interests as can be seen in the form of Wiki leaks and the group Anonymous. They are now acting quickly to use the internet to aid in the promotion of a pro-US agenda. By aiding dissidents and fomenting anger at anti-US regimes, America is working to give the impression that anything that occurs is due to the will of the people and their anger at the regime. If tensions were to go high enough, it could potentially provide the US with an excuse for “humanitarian intervention” as is currently going on in Libya.
This creation of a “shadow” internet only fuels the notion that the US is turning the internet into a new battlespace. (See this and this as well.) The Pentagon recently stated that if a cyber attack inflicts equivalent damage to an actual attack, “then the cyber-attacker can expect the U.S. to retaliate with a range of weaponry, not just anti-viral software or a cyberspace-only counterattack.”  [5]  (See here and here.)This “range of weaponry” is just a thinly veiled threat, which in actuality is saying that the US will take military action against any group or nation that attacks it in cyberspace.
By using the internet to aid in the toppling of governments and stating that any cyber attack would initiate a legitimate military response, the US is reshaping the internet from a place where ideas can be shared and information can be gathered, to a place of warfare and espionage. If this occurs, nothing good will come of it.
Endnotes
1: http://www.huffingtonpost.com/2011/06/12/shadow-internet-secret-us_n_875577.html
2: Ibid
3: http://www.rferl.org/content/internet_in_a_suitcase_us_state_department/24248969.html
4: Ibid
5: http://www.statesmanjournal.com/article/20110604/OPINION/106040313/U-S-builds-bulwark-against-cyberwarfare
Posted by Devon DB at 7:20 PM